I was here for week 3. The weather was mixed but mostly sun. The temperature between -5 C to - 12 C. Skiing between about 2600 meters down to about 1460 meters. Västistat in Italian autostrada show. The skiing takes place around the mountain Sella Gruppo in a trip called Sella Ronda. The orange ride goes clockwise and takes about 3.5 hours while the engine's trip which is green takes about 5 hours. The difference is to take longer to ride a lift. The similarity is that you have to go and carry the ski in Arabba and Wolkenstein a short distance. The surroundings are very beautiful mountains that resemble the rocky mountains. Especially northwest there they have really big rock blocks in a valley. The system is also connected to La Villa. Where there is a black World Cup team. The highest point you can go with the gondola is to Passo Pordoi which is 2950 meters. From there it's downhill skiing down that requires you to be used to. The most challenging off-road racing runs from Passo Pordoi with almost an hour's walk to Val Mezdi. Then a short but very steep stretch. It requires good weather and a lot of snow. Going without a mountain guide is associated with life danger. A trip to the mountain of Marmolada near Punta Rocca at 3250 meters is to look like an excursion and take a lot of time in an under-sized lift system. A World War II museum can be found here. A day trip to Cortina is to be recommended. Driving time is almost an hour. When I was here, the ladies practiced for the next day's Super-G competition in the world cup in the Tofane mountain slope. Ski Cards Ski Dolomite applies here and in a very large area and is very affordable. Must be one of the largest in the Alps, but there are no buses between the resorts so it's time to fit. I myself trained offpiste and had low-level and post-secondary education. Corvara is a place of German punctuality and Italian well-being and a very well-functioning ski bus with frequent times. A lot of Germans and Italians and some others from the continent. No Scandinavians. The visitors are middle aged and have a lot of a little more expensive hotel available. Corvara is located along a single street but is larger than, for example, Arabba. The resort also has a closed language, which is Europe's most official language. The best après ski resort is La Perala in Corvara and an outdoor mountain in the east of Corvara. 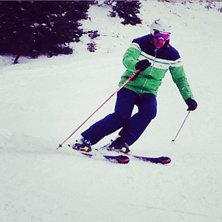 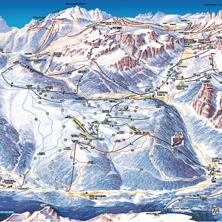