Gressoney is located at just under 5,400 feet, and together with Champoluc and Alagna forms the giant off-piste paradise known as Monterosa ski resorts.

If you choose Gressoney as your starting point, you will soon discover that the village has the most strategic location in Monterosa Ski. With quick access to all three valleys and off-piste skiing from the top of Punta Indren etc., it offers skiing similar to the acclaimed Alagna area.

Even though the nightlife has improved in recent years, the main focus here is skiing, loose snow, the mountain environment and of course the Italian cuisine. If you, against all odds, are tired of the skiing and the food, Gressoney offers ice climbing, horseback riding and snowmobile hiking as well.

If your wallet allows it and you want an unforgettable ski experience, you should give heliskiing a try. If there happens to be a lot of snow you will have a few hours of first class skiing ahead of you.

Nikola (Guest)
I'm a gressoney local!!!Last winter I met some fucking swedish in gressoney.Now I'm a snus-fitta lover.If you want to know everything about Gressoney send me an e-mail.I can give you new details about new lifts,new opportunities about freeride and the annual competition"MONTEROSA SKYRIDER".

mxeman
Note! This text has been translated by Google Translate.
Show original

I was in Gressoney for a week of VERY much snow along with three friends and a guide. Gressoney is a cruel destination for both the pistol press and the pillow hunter but less good if you want nightlife.

The first day we explored the lift system and tested the slopes as the snow would not come until night. I was struck by the fact that the slopes were very well maintained and they offered a fun, varied ride, the lift system was smooth and easy to find. During the night a lot of snow fell and the sight the day after was really bad so we stayed in the woods. The forest alley around Punta Jolanda is easily navigated and fairly dense.

When it exploded the next day, our guide took us on a fantastic drive that went from the west side in a half-circle across the eastern side. A long and fun ride that lasted for a long time and offered all kind of ride. Remaining days looked similar and challenging, the "Licke-Schloss" couloir (pictured) was definitely the toughest of the week with its 55 degree slope. Alagna side is also very nice but gets hot and the snow is sloppy.

I think many people are doing the right to pay a guide to show around the system during a cushion day, when the yard sometimes requires navigation on unexpected roads. In addition, it should be noted that it is relatively cheap to hire a guide in Gressoney. If you want to do something in the evening, I recommend going down to Gressoney-Saint Jean to eat and drink at a local pub.

advantages:
Versatile driving
Big system (We did not even give us the whole mount)
Good lift connections
Cheap
The glass and the coffee

Cons:
Pretty dead in the village and hard to find accommodation near the elevator.
If you want parking, it's almost non-existent

Stromgren
Note! This text has been translated by Google Translate.
Show original

Have been there 2 times and is completely sold!
In the first year it had days before snowing up to 40 cm and the rest of the week there was a glorious sun and hardly any cloud in the sky. Have never traveled so much offpist and untouched throughout my life, despite the fact that I have been seasonally in Åre for two years. There are great opportunities to both go pist and untouched.

minus: no place for beginners, as many of the slopes down to the village are black and at the end of the day there are easy puck pists when it's hot weather it will be a tough trip down.

Wily
Note! This text has been translated by Google Translate.
Show original

Nice ski system but really nice slopes! However, it is far too small to get tired if you go for a whole week. This is despite the fact that there are three valleys that are interconnected. The lift to Punta Indren is now open and relatively new.

mqi
Note! This text has been translated by Google Translate.
Show original

Visited SkiMonterosa week 6 this year (2010). A terrific ski area, both pistilian and above all offpiste. The snow conditions were clearly good with the dry meter on the mountain.
This year's great news is opening a new cabin up to Punta Indren, even higher than the previous one. Requirements for the probe, shovel, trance and mobile phone to go with it, so forget a spontaneous trip if you left the back of the hotel!
Gressoney is the ultimate village for this area, centrally located and easy to get to and from Champoluc and Alagna depend on weather, wind and snow. The village itself is small and cozy, but if you want to have a croquet, it's completely wrong (it's really the whole area, the Champoluc Avenue has the most similar features). A nice pub called Bar Favre is in any case, and here you are happy to show football and curling Belgian beer in the evenings. The hotel we stayed at was a 30-meter walk from the elevator, and had a cannonball half-board according to Italian standards.

+ Cruel offpiste
+ Zero people in the slopes (except on weekends when Turin borna gets up on the mountain for skidding)
+ Rifugio Guglielmina, in just over 3000 meters, this gem is found with a huge wine cellar and good food. Opportunity for overnight if you want to be first off the hill.
+ The lifts, which are fast and thoughtful. Not a T-bar in the whole system enlarges the plot!
- Dragged on the village, though, pay for an early and hot morning.

That was my summary. I invite visitors now!

Belong to the montosa masivet and is the center in the middle of alagna and campoluc. An excellent place to stay, as it is easy to get to both sides of the systems. A small and cozy town, but not for the festive ski-bum. A lot of people in the slopes and if you manage to dump a dump, you can get cushions without getting you far outside the piste so you get vomit. The forest down the village is amazing at a lot of snow and is similar to much of North America's BC skiing with lovely pillows and drops.

AndreasMuhlich
Note! This text has been translated by Google Translate.
Show original

Very good ski resort and ski area if you are after the offpiste. The lift system is not as good and expanded as in the major resorts in France. Tex, the information from the tour operators is completely incorrect. The highest altitude (lifts) is not 3200 m. The lifts (Punta Indren) have been demolished since several years back. However, a new lift is planned in two years to the old ridge. Until now, you can settle for the Salati top of 2940 meters. Do not go too early in the season. March-April is usually the best according to the guides. We were down week 6 this year (2008) and it was ok snow conditions, but far from perfect. Unfortunately, the blister makes the light snowy snow disappear quickly. We did several trips and clearly the best were down to Alagna from Punta Indren or Passo Zube. Val d'Otro and Val d'Pisse. It's about 45 min-1 h to go on the hides to pass and then you have about 1700 altitude meters in beautiful and often untouched terrain. One tip is to hire a guide that will take you to the best trip at the moment, it's worth it. We hired Sergio Gabbio from Alagna, now a legend in the area.
Are you lucky enough to sneak in a week with a lot of snow, Gressoney and Monte Rosa ski is probably one of the world's best offpiste areas.

Kerki
Note! This text has been translated by Google Translate.
Show original

Was in Gressoney v.14 this year and spent three ski days there. we stayed at the ristoro seat which lay basically in the middle of the hill. There were very nice slopes in this ski area but no place for a visit for more than 1 week. In those days I was there, there was sunny weather and there was a snowdrop of 5dm a day which was a cruel powder experience. gressoney rekomenderas

Tobbe (Guest)
Note! This text has been translated by Google Translate.
Show original

Spent Jan & Feb -03 in Gressoney.
slopes:
Works if you are there 1 week and do not have too much demands on slope. More sliding around and carva and sometimes a little steeper than standing on a steady slope in black slopes. Better quality on the slopes seen throughout the day compared to many other places in the Alps. Do not get hot as fast. Little people moon peace, packed over the weekends.
Off-piste:
Very good if there is snow and if it stays. It felt like the snow blew away after each snowfall. Even though you were looking for slopes in all the weather, the snow had disappeared. If you were lucky you got powdered the 1st day after snowfall. Read Polvere Rosa where you will find everything. Host every Euro.
Gressoney La Trinité:
A few bars and restaurants. Much more softa than giving the iron in the evenings. Small grocery stores, pile up from the Aosta Valley.

Decide on Gressoney on the way down to the Alps (on the autobahn), then you're 100% sure that the resort got snow.

Lill-j (Guest)
Note! This text has been translated by Google Translate.
Show original

I was in Gressoney week 4 2006 and it was sick nice pistes and you always had to queue. however, there was no snow at the beginning of the week but just going on the slopes was an experience. However, the last night we slept there, it was quite sick of snow, it rammed down about 50 cm of pure powdered snow. The off-piste possibilities are virtually unlimited, it is a self that sets the limits.
If you're jibber then it's wrong to go wrong.
But if you want to go there, make sure snow is good! 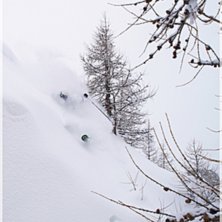 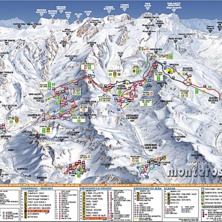