Snow depth
1085 m
400 m
117 cm
66 cm
With 31 lifts and 67 slopes, Trysil is the largest ski resort in Norway. A big children's area and many activites make Trysil a great location for kids. You will find slopes in three different directions and they are all wide and very forgiving.

Trysil is located close to the Swedish border and is run by the Skistar company, which is also the owner of Åre, Hemsedal and a few other resorts in Sälen. From the top you can see all the way to Branäs and Idre.

The wet climate results in a lot of rain, but also makes this area very cold. The highest point is 3700 feet above sea level and the fall height is at an impressive 2400 feet.

The 67 slopes consist of everything from black to red, blue and green, with the longest slope measuring 3.3 miles.

This ski resort is located approximately 2.5 hours from Oslo and was certified as a sustainable tourist destination in 2013 - a quality stamp given to destinations that work systematically to reduce environmental impact from tourism, as well as preserve the town's history, character and nature.

The resort also offers activities in the summer, such as cycling, in which it has invested heavily.

Snipp
I`m from Oslo. Moved to Trysil in 2015. Partly because of the ski resort. Bought a season pass for 2015/16, 16/17 and 17/18. In 18/19 i didn`t visit the ski slopes in Trysil at all. But I have skied everywhere else within driving distance from Trysil this winter and 3 resorts elsewhere with overnight stays. Why?

I like it when it`s not crowded. Trysil is the busiest skiing resort I have ever seen. Even on weekdays in between holidays the mountain is an ant hill. Whitin reason... The lift capacity is huge. And fast chair lifts. But chances are that you will never have an empty slope in front of you. Who cares? I do. Escpecially when I`m alone.

Having said that, Trysil is an awsome skiing resort. Lots of stuff for everybody. Very family friendly. Huge area to move around in. Plenty of opportunities for everybody. Even a 45 degree speed skiing slope which is pretty challenging and fun. And there`s powder here to have fun in sometimes. But that does not happen too often.

In my three years in the mountain it was seldom cold enough to fully appreciate dumps.

- Expensive
- Popular / a lot of people

If you can stand the price, I have a hard time finding a better ski resort in the Nordics.

Marty McSki
Note! This text has been translated by Google Translate.
Show original

Trysil is an excellent ski resort! Trysil offers riding for everyone, beginners, experienced, families, park skiers. There are plenty of slopes in all levels of difficulty. Trysil boasts a drop of close to 700 meters, and is a very large ski resort with great variety in the skiing offered. I have been to Trysil 3 times now and have had a nice experience every time. The system is large and designed so that the passability is very large. You can not really understand the shape of Trysil through the piste map, but must see it with your own eyes, this as the system as it were envelops the rock that has the shape of a cone.

VS Åre:
Trysil may not be as big and does not have exactly the same drop height as Åre, but what speaks in Trysil's advantage over Åre is that Trysil has a greater balance between the difficulty levels of the slopes than Åre, which has a predominance of red slopes, as well as that Trysil is easier to get around in. This as Trysil is very centered around a mountain, with lifts to the top from both sides. I would also argue that Trysil has shorter lift queues, except in the Tourist Center part of Trysil, which is equivalent to Åre. Trysil is also a closer destination for many. However, Trysil has a smaller and poorer range of cafes, restaurants and après-ski, which means that the places that are often crowded.

Disadvantages of Trysil: What is less good about Trysil is that it is in Norway, which makes it quite expensive. By that I mean things like coffee, food for the cottage, activities, the price skyrockets quite quickly. As mentioned in the previous paragraph, the range of cafes and restaurants as well as afterskii is limited, which means that the places where there are usually full. It can also be quite windy in some parts of the mountain, but for the most part I think it is modest and the lifts rarely close due to weather conditions.

Tips on slopes:
41 (cozy forest skiing),
69 (a bit steep but cruel nonetheless),
28 (never icy!),
77 and 44 (long and beautiful hill),
75 (Go at your own risk! Definitely the steepest hill I have ridden. Almost always icy, and the steepest 45 degrees! But definitely a given ride for those who seek challenge, but as I said go at your own risk, people have died on the hill, check that it is open before you go! Attach two pictures I took of it, it is not very long, a bit like someone popped up a copy of Sälen's "Wall" in the middle of the system. It is not really possible to see the steepness but I promise that it feels when you ride it!)

Trysil (Guest)
Note! This text has been translated by Google Translate.
Show original

Very good!! There are many slopes for both experienced and non-experienced. Best ski resort I've ever been to. The slopes are usually fine and if the weather is bad on one side of the mountain then you just have to go over on the other side.

EricNordenrud
Note! This text has been translated by Google Translate.
Show original

Have everything a family of children can wish for! Looking forward to nice days in March!

Seppuccu
Note! This text has been translated by Google Translate.
Show original

Yes you, what should you really say about Trysil? There are both very positive and very negative:

- It's easy to get through the whole system, even if it's interconnected
- Always windy, often cold and fucking
- Icy hills
- Such with snow access, off piste is (very) rarely an option if you are not ready to break the board / plank.
- Sad view, no alps here not
- Many deadly Danes
- Many happy and full Norwegian youngsters at Ski Center on the weekends
- SkiStar ...

Overall, quite ok, but after 5 visits I feel definately done with the place.

Micke (Guest)
Note! This text has been translated by Google Translate.
Show original

Bad with snow in most slopes and mostly just ice ..

Jens (Guest)
Note! This text has been translated by Google Translate.
Show original

Absolutely the best ski area in Scandinavia in all categories! Clearly the best climate that provides the best snow and most sunny ski days. Unfortunately, in Åre, the weather is often cold with rain, fog, plus degrees, wet snow and closed areas. It is not experienced in Trysil. Trysil is completely coherent so the ski bus is not needed. Very good lift capacity and excellent mix of pistes. Even minus are the Norwegian prices and always open Skistar has bought Trysil. It always gives higher prices, just like in Åre.

EricNordenrud
Note! This text has been translated by Google Translate.
Show original 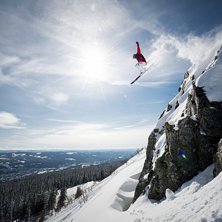 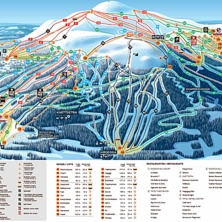