9-days snow forecast from Fulufjellet
What do you think about Fulufjellet?
Write a review
5
4
3
2
1
4.0
2 reviews

Been in Fulufjellet and went skiing for three days now. Great little facility that suits anyone who wants a bit calmer and no lift queues. It would be good, however, with a seat lift for the slopes is quite long.

Xos
Note! This text has been translated by Google Translate.
Show original

Have been in Fulufjellet since I was around 5, so it's over 10 years now.

Fulufjellet is a fairly small facility with about 6 slopes and 2 lifts. This will, however, be improved in 2012 (hope now the ground does not go below then: P) with them to build out slopes and lifts to the top behind.

This winter, Fulufjellet has built a park area (yey), containing 1st rail, 3 st boxes (of varying size, an arc-shaped box or rail and a larger jump.

Fulufjellet has very nice staff and skiers. However, this is not the facility to spend a whole week in, as you walk around all the slopes, 5 times a day (at least).

The range of varied slopes and severity is good, but considering that it is such a small facility, it is very good! A short and easy child / beginner back, 3 steep slopes (difficulty-red), 2 rather long, slightly sloping slopes and a black, rather steep hill, this is very short, which is boring.

-Each slopes
-Hope and challenging runs 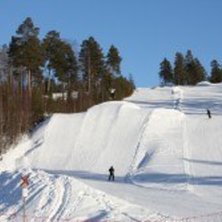 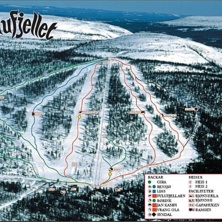