Maria (Guest)
Note! This text has been translated by Google Translate.
Show original

Is a wonderful ski resort where we have been going to for many years.
Now I also go here with my own family, so works well for all ages.

A little note, if you come to the right weeks of the year you might come across our wonderful ski gang as Charlotte Kalla, Stina Nilsson and everyone else :)

Val Sernales / Schnalstal are the names of Italian and German in this German language place that I visited week 5 in 2014. At the top of a narrow valley in 2011, surrounded by mountains of more than 3000 lies the town. About 5300 years ago, the stone man Ötzi was frozen here near the border with Austria, and earlier there was a customs station up in the mountain. The season has had southwest winds that gave a lot of snow. Just over 50 cm in town and about 3 m up in the mountain. It blew and snowed so hard the first day, so it was only the elevator of Lazaun that was open. The rest of the week offered snowfall during the night and the morning to clear up. It was about -12 C to -14 C which gave good snow, but in combination with the wind it felt cold in the open area around Hintereis.

The system comprises three parts. The main system consists of a gondola that goes up to the Glacier. There are mainly quite wide red slopes with possibilities for easier off-piste skiing. The best area and easiest area to find for off-piste skiing is around Hintereis, especially on the side opposite the Austrian border. Here are large areas and it was the next crowded place here. Bergen resembles the Himalayan according to an English film team who had built a bivak camp where they recorded commercials! If you like piste skiing, this is the system's second part, Teufelsegg, which applies to wide and well-maintained slopes. The black piste No. 1 is the nicest and most beautiful and leads down to the village. The third part up to Lauzan is easier but with good slopes through the woods. In general, the lift system is in good condition but all the lifts are open. The best and nicest restaurant on the hill is undoubtedly Bella Vissta. Largest self-service is Grawand with and an exhibition about the glacier. The restaurant we Lazaun is approved.

There are four normal sized hotels around a small square with a few shops and a bank. Afterski with live music is available one day a week at the gondola station. One of the evenings they had live music at one of the hotels. Larger than that is not the resort. The guests came mainly from Germany but also some Italians. At my hotel, it was only filled to a third when it was not a season.

In summary, it's a snow proof place with a long season and a lot of scenery. The system may feel small for a week's ride, but there are ample opportunities for those who like offpiste and therefore I give it approval. The resort is not that big but is made for families and off-piste. The service is affordable. Rating 4 of 5. By Börje Hammarling.

Just wanted to point out that the possibility of skiing is not limited by having to take the lift to the top. There are a number of slopes you can take when the weather is too bad for the elevator that takes 70 people.

snowprincess
Note! This text has been translated by Google Translate.
Show original


Schnalstal consists of two hotels, a disco, little shops and a lifter house. The village is 2200m above sea level, for skiing, you will take a cab up to the top of 3200m.

Magnus76
Note! This text has been translated by Google Translate.
Show original

Was there in early February. Unfortunately for little snow to work offpiste, on the other hand, the area offers a terrific terrain, both easily accessible backs and possible trails near the system. However, wind is required from the southwest for the precipitation to fall here and not on the Austrian side. Take a dump and you have to do many days!

I visited Val Senales, or Schnalstal in German if so wish week 45 this year (2004)
Val Senales is a pretty small town that consists mostly of three large hotels. But there are also a few smaller hotels, a sports shop and a smaller variant of the supermarket.

When I was in Val Senales, only the slopes of the Glacier were open. These ranks I classify as a slippery skier, which is very easy. Near the lifts, however, there is a fire that suffices to a five-six big-leaved stick! (if you can now measure a great deal in a grand slumber?) Otherwise, the rest of the glacier is very flat.

What I, and the others who were disturbed during the week, were a lift queue to the gondola. Already an hour and a half before the elevator opened, there were already people in the elevator queue. And you can really understand them, to get an hour later and try to get up for the stairs to the gondola there was no childhood play. If you did not fight and push everything you could hurry, you had to stand there forever.
Val Senales is nothing for kids families who want to get up early, at least not during season. The lift queue obviously lighted forward ten to eleven in the morning, but then the snow has already become too soft for us as a competitor.
Rating: 2/5 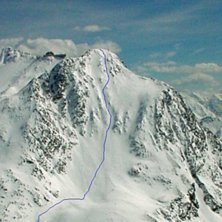 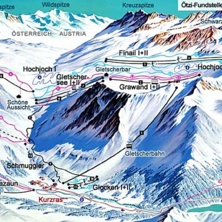