Berglund (Guest)
Note! This text has been translated by Google Translate.
Show original

Great skiing. If you go to Søgden, this is within easy reach with the local buses.

tildev
Note! This text has been translated by Google Translate.
Show original

Cozy, snow-safe city. Hardly anyone who goes offpiste, but most who go skiing here are wealthy Englishmen who stick to the slopes. All kinds of slopes you can imagine. The offpiste got to be for yourself, but it is not very impressive. If you are looking for steep slopes and big drips, this is not the right place. But they had good modern lifts that extinguish a lot of people so no longer lifts can be formed

Torfy
Note! This text has been translated by Google Translate.
Show original

Two very nice ski resorts. Nice slopes and good terrain where there are good opportunities for offpiste. Great restaurants and nice lifts. When we were there during week 10 we were not in the elevator queens once. Very nice that Sölden is also included in the lift card. It takes only 25 minutes by bus down to Sölden. That the place does not get 5 stars is because I miss glacier and afterski with a little more drag. The village is nice but it's no party place.

tobbe (Guest)
Note! This text has been translated by Google Translate.
Show original

Really good this year v.10, the pillows and piste were perfect and the sun was 4 of 6 days, as some wrote before no queues large area to go for good beer! 10/10

snowgun
Note! This text has been translated by Google Translate.
Show original

I was there last year on the sports license and experienced the best skiing of my life.
Big variation on the slopes, all located on the sun side, but thanks to good preparation and some people never got up. The village is small and does not seem to have any major construction plans, while the lift system is constantly improving, which gives enormous overcapacity. Think I stood in line once a week.
It came 40cm snow for one night when I was there, allowing for endless opportunities for off-piste. Most tourists in the village (probably English upper class type) seemed totally uninterested in the snow, so you got everything for yourself the rest of the week.
However, the system is generally quite flat and has a majority of red, beautiful carving backs.
Highly worth one or more visits

Positively:
No lift queues at all !!! (Was completely shocked when you went to the Sölden one day and left to queue for several minutes;))
All off-piste for yourself
Nice forest in Zirbenwald
Modern lifts
Skiing to the village
Snow proof (the village is about 2000 meters high)
Hütter in class of war (Everyone sent from usi, which meant that neither did you know Kallas bragdlopp or Jönsson's trip;))
Cozy city


Becoming a really interesting expansion now that they will replace Kirchenkarlift in the next few years towards a 10-gondola and pull up the further 1000m up in the street there. Really nice skiing in a couple of years then;)

MaciejK
Note! This text has been translated by Google Translate.
Show original

Can only agree with previous reviewers. Really good place with perfectly groomed slopes and barely any people on the slopes. During the week we were there I stopped for a lifetime and it was because the lifter had stood still for a couple of minutes, otherwise it was only to go down to the lift again.

The village is quite small and there are not so many places to go out but we were there mainly for skiing, there were some afterski places and they were good as long as you are not looking for a party with stuffy afterskis. Did not see any park in the area, so are you looking for parking, this is not the place for you. Only in the afternoon it was crowded in some passages down to the village.

Also drove a night skiing one evening, was not lit as the night skiing in Åre, for example, but the light was enough to make you look good and you were almost alone in the slopes ..

Prices of restaurants in the village and hill are maybe 5-10% higher than other places in Austria but they are still good, as I realized that's why there are so few people there is that "only" you have about 5000 beds and do not want to expand the village especially much more.

-
Not much to nightlife


One yard for this time at 14 o'clock

Poka
Note! This text has been translated by Google Translate.
Show original

Sport lovers winter 2013 and we lived in Obergurgl. A town with ski-in / ski-out facilities if you get to the hotel on the right side of the road, ie the side facing the slopes. No elevator queues to talk about, even though we visited the resort during "Carnevalen / Fasching ". There are amazing offpiste tracks between the villages, probably the guide to recommend. Most of the skiing is of a high-grade nature, meaning that it is a bit deferred if the weather is not perfect. The forest that is found is really nice, but a little small = quickly discovered.
Suspect that a reason that there are not so many people here depends on the prices of the hotels can be perceived to be high, most of the hotels are high class. However, prices for lift passes and food on the slopes I experienced as affordable.
Personally I had a fantastic week with a lot of sneezing.

AnnaMIsaksson
Note! This text has been translated by Google Translate.
Show original

Been in Hochgurgl and Obergurgl and went for 3 days last season and it was really good. We were there at the end of March and the snow was incredibly good. The first two days was a really bad sight, but for 3 days it would dump a lot of snow and it became a pillow of its kind. In the area, the most pistilian is the pudding of man for himself. There is a whole area where they do not piss, but leave the cushion left for us powder lovers, there they only have anchors, but it's worth standing in them with that snow. In addition to that area there are lots of good places but lovely drip and a lot of snow.

If you want to get to a place where you do not get rid of the pillows, then it's Hochgurgl / Obergurgl to go to. When the snow falls and the sun shines, it's incredible. My best puder day of the whole year I had there, a memory of my life.

Less famous place that deserves more visitors. One can hope that it will remain a hidden gem for a few years.

High-altitude terrain, nice slopes, eastern gemyt. The ski system consists of two different divisions, which are linked together via a gondola crossing the mountain.
We stayed in Sölden when we visited the resort, but the village itself seemed to be calm and serenity, perfect for those who like to ski with the family on holiday.

SaloScream
Note! This text has been translated by Google Translate.
Show original

I have been to Obergurgl 6 times in a row since I was 10 years old. I'm almost only good at saying about the place. Cozy alport at high altitudes with snow safety that fits most of the time. In addition, Obergurgl is very well connected to the Hochgurgl neighboring site, which I think has better backing, in terms of length and quality. One tip is to go to the top of Hochgurgl in a piste we called the "Italian back" for 5 years. It is true that you see the whole of the Dolomites (Italian Alps) at the top. Terribly cheeky!

Little plus / minus for Obergurgl

-
Nightlife - Really sad, one reason I will not accompany you this year.
Prices - A bit high for being a little alport without a whistleblower.
The size - If you are looking for the same backing all the time, this is perfect. Otherwise not!


I have at least learned to ski in Obergurgl and I am sure I will return there with my children as I grow older. 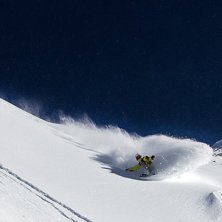