In northern Italy, in the heart of the Dello Stelvio National Park, you’ll find the picturesque little town Sulden in a valley next to mountain Otler. At an elevation of 3,900 meters, this is the highest mountain in South Tyrol. Skiing is really superb here, with modern lifts taking you up to 3,250 meters. Sulden, also called Solda, has 11 lifts in total and 17 ski runs. Although the town sits on Italian land, most people speak German here.

Sulden am Ortler is split into three parts with the town itself as the center. One part brings you up to Schöntaufspitze, the other to Kanzel and the third to Langenstein. The different parts offer different difficulty levels and elevations. Sulden also forms part of Ortler Ski Arena, a collaboration between 15 ski resort in the region. This is a great alternative to the enormous Dolomiti Superski.

During week 13, I visited Solda all'Ortles. In German, which is the language all speak here is the place Suldan am Ortler. The resort is located at the top of the valley at 1900 m. Beautifully situated in the middle of a larger national park at the foot of the mountain am Ortler, the highest mountain of the Eastern Alps with 3905 meters. The ski season is about 5.5 months and the resort is very snow proof.

The week began with three cloudy days with snowfall. Then there were two beautiful beautiful days. The last day started with the sun and then became very windy. Closed with a heavy snowfall. The temperature was just below zero throughout the week.

The ski system covers three parts. The main system is called Sulden and runs from the base station into two gondolas after each other leading up to a sloping open plateau with two lifts. The highest goes up to Schöntaufspitze which is 3250 meters. On top of that, some of the days were very windy. The slopes on the plateau are blue, red and black. Here you will find a fun park. It's easy to find possible areas for off-road skiing on the plateau. I went uphill for 1.5 hours during one morning but when I was going to get out, it became very cloudy and the enjoyment was limited. The highest height of the canal system is 2450 meters and has blue slopes and is therefore best suited for families with children. Here you will find a light fun park. Most of the slopes go into the woods. The Langenstein system runs up to 2,550 meters and has blue and red slopes. The system is an option to check if it is too windy in the main sister Sulden. The two black slopes from here were shut off when it was avalanche. From the black slopes there is only the ski bus that takes the riders back to the system. The lift system is overall quite modern but it's not really connected. Between the main system Sulden and the rest, you get stuck and therefore it is better to take the ski bus to Sulden.
There are two really nice restaurants. It is both in the Suldens system. A large at the lift station that also has afterski and one at the top of the system at Rifugio Milano. Both have table service but the others are next as nice even though they have self-service.

The town has a little more than 300 inhabitants and about 1000 seasonal workers and about 2000 guests. Almost all the guests come from Germany. The hotels seem to have good standards and are affordable. The center is located at the church. There are banks and a few ski shops as well as a Polish museum called Messner Mountain Museum. The museum is worth visiting.

In summary, the system fits almost for a week's stay for all types of riders. The resort is beautiful and snow proof and has a long season. The ski system has a good standard but is not complete. The service is affordable but the supply is quite small. Visited by nature lovers from Germany. Rating 4 of 5. By Börje Hammarling

LarsaL
Note! This text has been translated by Google Translate.
Show original

Were in Sulda in February -06 (OS week). It dumped well with snow so we had nice skiing days. Little people most German children families who do not want to go deep snow.Fin forest skiing with good slope and shine between the trees.
One of many undiscovered gold grains in Italy. 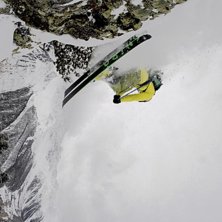 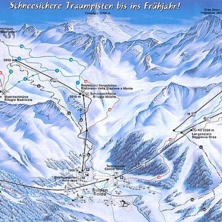