Alpe d'Huez is a place that may not be very known for skiing among the general populace. The area had the honor of organizing the bobsled competitions during the Winter Olympics in Grenoble in 1968 and it is a regular stop during the Tour de France mountain stages. However, this does not in any way mean that the skiing is anything but top class. The fact is that most of the now giant French mega-resorts had to develop their businesses before Alpe d'Huez was no longer considered to be France's best ski resort.

A testament to the fact that the skiing is not so bad is, among other things, that Alpe d'Huez has the world's longest black piste, Sarenne, which is 16 km long. The top of the piste starts from Pic Blanc, which is the highest point of the city and is known for countless offerings of long off-piste alternatives. Alpe d'Huez also has a very well-developed artificial snow system, so the resort is a safe destination even during the warmer years!

TompeSpeedy
Note! This text has been translated by Google Translate.
Show original

Week 8 2016, little too little snow in the village, good with snow on top. Cozy city. Sun, sun and sun.
Good lift system with long and good slopes at all levels. Rain in 1800, snow will be 3500 :) The longest piste in the Alps, the most striking last half. Many ski school children in the slopes.
4 adults, 5 adolescents. All 9 happy with the week and can imagine going back.
View from the top of Les 2 Alpes ....

Magnus (Guest)
Note! This text has been translated by Google Translate.
Show original

Come home from Alpe last week. Absolutely ok skiing even though the long black from Pic Blanc was clearly overrated. Tunnel is a cool hill with some challenges at the start (mainly due to deep skies and humps by all skiers). Found some nice off-piste in the lower zone and got some nice ride. Watch out for stup and burn only if you drive a little wrong. The food is as good as the French cuisine. The pot au feux at one of the restaurants in the back was a heightened one and I promise it will be enough for two. The night life is certainly ok, for its part, it became the most restaurant visit in many good places (the French are discerning).

Dannepanne
Note! This text has been translated by Google Translate.
Show original

Me and my girlfriend went to Alpe d'Huez for three weeks, late February, early March.
We think the resort is a hidden gem in the southern Alps.

-
The park, 80% of the park is green / blue. If you want more challenge, there are four red rails and a jump with 15m plateau
Child everywhere!
Ski school teachers who pull up these children in backs as they can not handle and have to go downhill downhill
The ride is concentrated at a rather low altitude
Sarenne, that this partial distance can be called "the world's longest black pist " is fake marketing
A little boring shopping, most rentals

Berggrund
Note! This text has been translated by Google Translate.
Show original

Low and read reviews on the resort and felt that many did not make this amazing gem to the ski resort correct.

Alpe d'Huez as an offpiste resort is one of the best that the Alps have to offer. The road down from Pic Blanc is both tall and steep, and very often very unattractive and easily accessible. What is difficult in alpine is to find them. Moreover, the consequences of taking the wrong path can be serious. But until today I have not found a place with such a variety of high class yokes so close.

In days of bad weather there are clearly approved forests. For the adventurous, there is a 1000-meter long ravine from signal to village in the valley. There the snow may be untouched and cold for weeks, even though I had some of my life's rivers there.

The nightlife of the alpine is a sight. When the underground invites you to a party, it turns into one of the most beautiful bars of the Alps. Another gem is to enjoy the house wine and a baked camembert on lounge 22. Tap and burger at O ​​bar is given to the hungry. Overall, the price level is significantly lower than the more famous French resorts.

The only negative with alpine are the periods of snow-drying that sometimes hit the village. But when it bounces again it takes a lot of time!

bobibacken
Note! This text has been translated by Google Translate.
Show original

I was a short turn in the Alpe d'Huez and lived at Langley's hotel Le Petit Prince. The hotel is next to a chairlift that takes you to the system. The hotel was completely renovated with a gentle bar after the ski slope. The best thing was, however, the balcony was in good condition. The whole hotel is well suited for families with children.

The ski system is large and there are varied skiing. You can go down to the neighboring towns with the skis on your feet. You can also go to the alps or if it was even the world's longest pist from top to bottom.

Dariddla
Note! This text has been translated by Google Translate.
Show original

Undoubtedly good ski resort, well planned and good ride for almost all categories of skiers. An advantage when you go away a bigger bunch of different wishes. Nightlife is also sensible, a lot of English, but they do not take place in the offpiste directly ...

Like all other places, this also depends on the snowfall, and Alpe d'Huez is usually good!
Go here!

Hello
Just returned from Alpe d'heuz and can say that it is a good system for everyone, good park, good and easy-to-use offpsit. Great long and nice slopes (those who are groomed) and walked in good black slopes. On the minus side it can be said that the slopes could be better taken care of but the worst thing is that all seat lifts are incredibly slow and old which makes you go for a seat lift. The price level is as it is with such a weak crown. However, it is good that at most resturants the meal is also available in English.
A system with a great potential if you do something about the chair lift and replace some of the button lifts (really fast).

Danne (Guest)
Note! This text has been translated by Google Translate.
Show original

Was there January 2008 with the girl. 2 weeks before I went in val'd ice cream and wrecked! Did you like the schyyst place with the right system (though much less than val'disere) and nice ride if you want everything a bit closer ... Perfect if you're going there with the girlfriend, but to go there with polar to throat! But short and good: recommended! Much sun, a bit less unpleasant French, very good ground (at least then) and cheaper.

What over all Christmas last year. We really had plenty of snow, which does not seem to be the case in the rest of the Alps at that time. By the end of the new year there were two-dimensional pillows and that's really all my review is based on. the village became enchanted! there were pillows really everywhere. best ride in my whole life. and in the evenings everyone was in ecstasy because there was so good skiing all the time so the nightlife was very good. celebrated 13 evenings of 16 and pours almost as many. felt like the party or pillows would never end!

so my advice is: go to the alpe d'huez when there are a lot of pillows, then it breaks everything!

alperna100
Note! This text has been translated by Google Translate.
Show original

The best place of the Alps !!! Clearly all categories!

I've been to almost all French ski resorts and also a large number in Austria & Italy, but nothing beats Alpe d'Huez! Incredibly well planned city and ski system. Perfectly perfect ski system and very easy to get around! The nightlife hits everything else in the Alps! The underground is among the wildest I've been to, maybe because there are a little more Dutch there. But the times I've been there has actually been good with Swedes as well as being released! Alpe d'Huez always has the sun! Really, they're crazy as much sun there, but maybe so when it's so far south in France. However, this does not in any way hurt the ride. There is always a lot of snow there too!

Does it seem strange that Swedish travel companies do not raise fame Alpe d'Huez more than they do. They almost get the place to sound like a famlijeby, but they are not really! Here are the parties that beat St Anton & Bad Gastein with horse lengths and black slopes that never end !!!!

But iofs, there is also a huge beginner area that makes it very good for beginners. Should I bring a mate who never went to the Alps, it would have been to Alpe d'Huez. There are lots of beginners backs, so you have a nice nature experience, even as a beginner !!!

Go to the Alpe d'Huez if you want the Alps 'best backs and the Alps' best nightlife !!!! 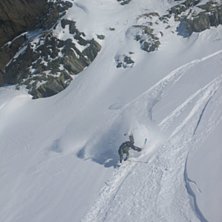 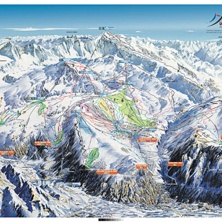