Snow depth
803 m
510 m
142 cm
Borgafjäll is located in northern Sweden. More specifically, it can be found in southern Lapland, on the border of Jämtland. You'll almost always find snow in the winter and heavy rainfall in the summer when moisture from the Atlantic comes in over the mainland. You often get many slopes to yourself when you visit Borgafjäll with 13 slopes of varying degrees of difficulty, where the longest piste is just under 1.5 kilometers long.

But it's mainly if you are looking for off-piste that Borgafjäll is especially right for you. In case of really big snowfalls, they may not prepare the slopes and the ski resort will become a snow paradise like La Grave where freeriding is the main focus.

The terrain is varied and you can find many different kinds of slopes.

If that is not enough it is also possible to go cat skiing, or in other words get a ride with a snow groomer to untouched terrain. A calmer alternative to heli skiing.

It is not usually crowded here and you don't have to worry about waiting in line for the lifts.

kodiak70
Note! This text has been translated by Google Translate.
Show original

Borgafjäll is a wonderful contrast to the larger ski resorts. Really the classic that can be likened to Pistvakt but also very family and lovely. The ski resort does best when it has snowed well as there is very nice forest skiing. We also tried catski which was a lovely experience, can really be recommended.

FredrikVestberg
Note! This text has been translated by Google Translate.
Show original

A hidden and (almost) never found a steeple bead.
My absolute favorite - in the smaller format.
I give you Oxfjället.

A few miles southeast of Borgafjäll there is a small nature reserve with a pitiful little mountain, Oxfjället. Poorly considering the height, two peaks, the southern peak 742 meters above sea level and its northern peak of 732 meters - a few meters of calf mountain area - elevation over the lowland vegetation. And that is the latter, which means that the peaks have been named scales. Had it been placed further south it would have been a tree-clad mountain, an elevation among others. But at these latitudes it is thus a mountain and should be visited.

Start from the country road between Rajastrand and Risbäck, a few stave roofs over the bog and then follow steep climb up onto the saddle just south of the main peak. Approximately 250 meters, which corresponds to an ordinary seal ski slope. From the top the journey continues, in pleasant sparse forest terrain towards the northern calf mountain hat. At this outpost, Teracom has mounted a radio mast and a red small frightening building. But it does not overlook the view, Bastunäsfjällets snofsigt, chalk-white top, the Borgahällan's brutal embankment, Klöverfjällets and Jengegietje's stately shapes and in clear weather it is possible to see all the way to Marsfjällen's alluring peak towers in the north.

What the mountain lacks in height definitely takes it again in alpine character at its east end. Rock cliff, up to 20 meters, is mixed with steep forest terrain. The most attractive line is the large, open field below the southern peak of the mountain. Begin the downhill run with a small movement northwards, then incline on the open surface. Here, it goes almost every year spontaneously, so keep track of the avalanche situation before you venture out. If it is the slightest hint of avalanche, the yoke should be avoided.

I'm pretty sure I got the premiere yoke at Oxfjället a decade ago. Have never seen any other ski tracks there, during all the years I moved in the area. The main line on the mountain still remains to go. At the right snow conditions it is possible to go straight down from the south peak. The first part consists of steep swaths, which ends with a rock cliff at between 5 and 20 meters height with open and good landing. For you who dare and want - it´s all yours!

+
No claim to speak. Just snap on the skis at the roadside and head off.
No congestion.
Several alternative rides, proximity and relatively few height meters invite you to do several rides.
Close proximity to several of Sweden's by far the best summit mountains in Härbergsdalen, Borgafjäll and Marsfjällen.

John (Guest)
Note! This text has been translated by Google Translate.
Show original

There is everything you would wish for, good sunbathing if you want to drive scooters, good après ski, incredibly nice spa in the hotel with good food, nice slopes to go slalom

Lundmark78
Note! This text has been translated by Google Translate.
Show original

Magical place without a cot in either a lift or a backing. The snow is amazing and only natural of nature.

SaMat
Note! This text has been translated by Google Translate.
Show original

One of my absolute favorite places and a place where I come back several times each year. Plenty of snow, very good off-road skiing, really good lift ticket prices and wonderful staff.

Above all, it's the offpiste that lures in Borgafjäll. Unbelievably varied terrain that should fit most of the offist gates. The place is something of a hidden gem and there are rarely many people on the slopes. The outfit boys can, however, be many, so it's important to be out on the slopes when fresh snow has fallen to get the best turns in the powder.

By the way, Borgafjäll is a smaller ski resort, but has everything you need. There is good variation on the slopes and the resort is suitable for families with children.

As a disadvantage, the lifting system must be mentioned. Although it is rare for crowds to the lifts, I feel that they stay too often. And many times the lifts can stay for longer periods, especially if it's cold or blowing. The nice off-piste and the wonderful staff make Borgafjäll a place I gladly visit again and again.

Spent 4 days in Borgafjäll during V12 and had a good trip with almost half a meter of snowy snow. Went up 3 days in the system when you could not get enough of the forest crop. Really nice gallow and with fun obstacles. Wherever you go, you'll find new ways. As others said they do not even punch the entire slopes so there is plenty of offpiste everywhere. Do not recommend it as much if you are looking for piste skiing - go to Hemavan Tärnaby then you will get some more views on a nice day.

Also drove catski one day up the jacket peaks and the cliff mountain. Really decent mountain and think it was a calmer and more affordable experience than Heliski. Two out of four rides had really nice snow, while the other two were a little more rough :)

Will definitely be back to Borga when it was close to Umeå and very nice atmosphere with some people. As well as the right priorities on the ride - shoes, offpiste and top ride :)

If you pay three days under the sports license this year, you would not have the best conditions if you say so. Took a cat ride one of the days which was really awesome despite the blowing some and the snow was mostly wind-packed. At a snowfall, when it does not blow so much, you can probably experience the best ride ever, in Sweden. The resort has grim potential but unfortunately it blows a bit too much.

The lift system is nothing to brag about, but there is still the possibility of very good woodland as you cut out of the forest in several places and also built as a natural park with fallen trees and the like. It's also nice that they only piss the middle of the back when you have a good ride on the side, despite the fact that it is mostly overcome.

sofia (Guest)
Note! This text has been translated by Google Translate.
Show original

Staying here in Borgafjäll and thinking about telling you about the village and the hills, this year is a nice insight into everything that's happening.

Borgafjäll is a ski resort that expands, on good and bad. One of the best things about the village and above all the lifting systems is that you have it for yourself;) However, it is fun that more people will find here and enjoy the scenic view. What attracts most tourists is the offpiste, which I have to admit clearly is worth a few miles to travel. If you have the option it may be worth stopping here during the weeks, then you have the slopes for yourself and all scratches are untouched. If you are from here you are so spoiled that you think the slopes are full if ten riders are in the elevator ..;)

In addition to slalom snowboarding, there is actually something else to do in the village, both during the summer and winter months. Heleski, Catski, we have had Parasailing (stavas?), Horse riding and sleigh rides, fine fishing, hiking, cross country skiing, snowmobiling, sledding dogs sometimes, quad biking, and there is also a snack to do some cycling scratches down the slopes during the summer, we hope for the best and see what's going on.

If you are thinking of visiting us here in the village, I definitely recommend the weeks after Christmas, then it's quite crowded and nice riding, (very OP!) Forward Easter I think is relatively sad even though we had a few nice years now. We get a 4 because I do not have much more to compare with, but I can say that we measure ourselves and maybe even overclassify Stryn in Norway. The outpost is definitely world class.

Linn-skidor
Note! This text has been translated by Google Translate.
Show original

I go to Borgafjäll almost every year ...
There is everything you want to be there: there are: slopes, forest trails, cross country trails, mountains and more ...
In the summer it is also fun where you can walk to Borgahällan and swim in the brook and other fun. I definitely recomend that next time you want to go to a place with a few people but the best skiing, you will take to Borga ... The place gets lung a 5th. 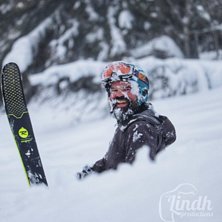 Borgafjäll is open for season.