NickH
Note! This text has been translated by Google Translate.
Show original

One place that offered one of my best skiing days. Not because the terrain or fall height is outstanding. Apart from being the most osanolic and charming ski resort I've been to. After visiting several places in the southeast of 2007, all of whom offered the right conditions, I and my girlfriend went to BR without much expectation, mostly for joining a Mexican fiesta at the lodge and ending a few days on our Chill pass . During the clearly necessary nutcracker instruction, there began to fall large white flakes and soon all sharp cacti were overtaken. It was a few days in the first day, but soon everyone had given up in the heavy snowfall. The evening offered good chilli and margarithas on pudersnö but everyone broke up quite early. The next day, the sun and 30 cm fluff had settled in bowl 1. The snow was light and nice, rather alp quality than NZ slush. Then just target the skis in the dash and along with 50 other enthusiasts start to track until you fail to hurry. The disadvantage of Nutcrackers is that the lift is harder than yesterday.

Broken River is a ski resort as far from Skistar you can come, nothing is done but everything is working and enjoyable. Just like the fact that when the car park was full, everyone collapsed but left the keys in the ignition if someone needed to move the car to get out makes me easy lyrically. Nice people and good atmosphere is what is definitely promised in BR.

Was there a cannon day in September. Really good offpist place that does not have a pistol as far as the eye can reach! Good terrain that challenges the worst! The lifts are fast, but consist of a tractor and a rope! A must try if you are going skiing in NZ!
The resort has a nice feel! Back to basic ...
We stayed in the White Star Chalet, the first mountain accommodation! Try it out! Nice place!
Work a Swedish girl in the ski patrol who can show the best days of the day!

Tjock-Henke
Note! This text has been translated by Google Translate.
Show original

After putting your gasket on the railroad track, you will have to go to the accommodation area yourself. about 15 min.
It's common house keep so everything is included but you are helping with the household. Talking to the old yarn who has been in the club for a long time, then has some nice stories. A long replift goes up to the soul area consisting of two replicas, one on each side of "bowlen1". There is a little cottage but self service. Sometimes they open a small third lift at the top if anyone is to cross Craigiburn or go to "Bowlen2" which lies between these two areas. Skiing in "bowl2" results in getting into Broken River or going down, so keep track of where you are.
Slow ride, awesome fun community.
Alpine golf has also been abandoned. 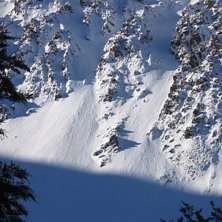 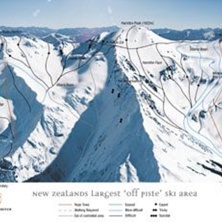