75 miles of varied ski slopes, first class afterski and skiing all year long - doesn't that sound appealing? Passo Tonale in Italy is part of the large Adamello ski area, which also includes the Presena Glacier, Temú and Ponte di Legno. What skiers love most about Passo Tonale is the versatile skiing.

The benefit of Passo Tonale is that there is something for everyone who loves alpine skiing. Families appreciate the resort thanks to the wide range of sunny green and blue slopes. Freeriders can take the lift up towards the top of the Presena Glacier. At an altitude of more than 9,800 feet, you can expect a fall height of 5,900 feet. This is a very intense slope and it is marked as a black piste, although most of it will seem more like a red piste, so there is no need to worry too much! If you are in the mood for a steep slope, there are many other off-piste variations to get you back down.

We were two families in Passo Tonale v.8 2020 with children between 5-9 years. We had an absolutely magical week with good skiing and sun every day. The system is not huge but a really good ski resort for families with children. There are some long red / blue slopes that are really nice. The ride at the Presenaglaciaren was also really good for the whole family. In Ponte di Legno the slopes were a little too steep for our children but nice slopes for those who like red / black forest pistes. There are many restaurants with sun terraces in the system. However, we were not so impressed with the food. Traveled with sloop trotters and it worked great. We also booked a day to Madonna di Campiglio. Cost 43 euros / person extra. Very nice system in Madonna that we would love to go back to if it wasn't for all the lift queues and congestion on the slopes. Are certainly significantly smaller people when it is not week of praise. In Passo Tonale there were queues for some lifts but much calmer than Madonna. The village of Passo Tonale is quite small but quite so cozy with little shops, restaurants etc. Now it hadn't snowed in a while but otherwise there would be very easily accessible off-piste.

I have been to Chamonix, Bad gastein, Canazei and Val d'iseer before. Passo Tonale is considerably smaller but stands really well

-The food
-Lift queues in Madonna

verbier1980
Note! This text has been translated by Google Translate.
Show original

Visited Passo Tonale v10 2018. Was a little skeptical considering some reviews and limited total pile length. Must say I was pleasantly surprised. One could say that it is a good family place with easier slopes on the southern slopes. Possibilities for a good offpiste are also available. If you want more advanced rides there are black and red backs on the other side of the road with the Presena glacier where you reach 3000m. I personally appreciated most of the black and red slopes of Ponte Di Legno, which lie a bit further into the valley. They last a little longer on the day when the sun is not on straight. They are also good when the weather is a little worse when you go far below the tree line.
If you need even more skiing, take a day trip to Madonna Di Campiglio.
Stayed at good hotel - with nice SPA- in the middle of the village with 50-100 m to the hill. Perhaps no place for those who need a lot of time but OK by the way.
In summary, a nice place with varied rides for most.
Have been to other Italian resorts like Canazei, Cortina, Cervinia and Champoluc - Passo Tonale perform well.

Joj2
Note! This text has been translated by Google Translate.
Show original

Fully in a mountain pass, but good and varied rides and snow proof. The southern slopes behind the village are the right flat but high-altitude terrain. Good lifting capacity but most punching. Opposite the Presena Glacier, it is believed to be more than 3,000 meters. Brighter slopes, good fall height, fine skiroutes in all directions and unspoilt mountain sides for those who are lucky. Can get closer to 2000 fall height meters in a sweep down to Ponte di Legno. A nice "old-fashioned" place with good restaurants and forest skiing. Some slow lifts with today's standard maybe ...

Tommy (Guest)
Note! This text has been translated by Google Translate.
Show original

Be in the Passo Tonale Sports Act 2017 (V8). Be a very positive surprise. Went a bus with Slopetrotter and was almost shocked at how much better comfort in the buses it has been since the 90's. The town of Passo Tonale is basically a single main street, but it is close to everything and it is absolutely wonderful to only have 50-100 meters from hotel to lift in the morning. Skiing is clear in the nicer spectrum and suits families and middle skiers. There are really tougher slopes on the glacier side where Pisto Paradiso is sitting in the legs for a good while. Lovely hill where it may be treacherous ice cream during the snow so watch out ... Feels very important to live just in Passo Tonale and not the neighboring Ponte di Legno when Passo Tonale is considerably higher. In week 8 2016 there was quite a snowmobile in the village of Ponte while Tonale had plenty of snow. Other skiing in the area can be classified as cruise-friendly. Fairly varied but no real challenges except a few shorter sections. Do not go off-piste yourself, but apparently there are very good opportunities in the area of ​​those who have that bend. Can really recommend Passo Tonale for families and medium couples. The ski lifts were incredibly short for being a sporting holiday and ski rental really worthwhile. Sun and blue sky 7 days out of 8. Will be happy to return.

Kralle64
Note! This text has been translated by Google Translate.
Show original

Me and my brother stayed 4 nights in Ponti di Legno in mid February last year (2015)
As a result, it would be 4 m snow up at the top of Passo Tonale at 3000 m altitude.
The first two days snowed it during the days (but unfortunately not at night) why the sight was pretty bad.
We went to the bottom of Ponte di Legno's nice slopes. The slopes were well groomed and with fresh snow there was a lot of nice carving in the slopes so I got a lot of bones and had a lot of workouts already the other day.

On the 3rd and 4th day there was a radiant sun (no, a little soldier on the 3rd day) and a new puddernö.
At the bottom of the valley (Passo Tonale) it was about 20-30 cm new snow and we pulled some scratches there before
we went to the top of the other side where there would be 4 m of snow as reported. Very true there was a total
Overcast landscape and after a couple of runs in the marked piste at the top we went to the left (down from the bottom) into one
off-piste area with unlimited snowmobiles. I put up some movies on videos so you can see themselves. It was, at least, my and my brother's best off-piste ride in life. Too bad my skis were a little bit narrow but even more that I dropped my i-phone in deep snow, why my brother's cushion could never be forfeited.

As a ski resort, Ponte di Legno and Passo Tonale are really good. Last year, with our weather and pudding on the 3rd and 4th day, it was absolutely superb. For what's out for festivities, the village of Ponte di Legno was quite crowded and very quiet. I do not know in Passo di Tonale because we were never there any evening.

I visited Passo Tonale week 12 in 2012 to train offpist for two days. Many like me come from Madonna di Campiglio for skiing over the day, when the Skirama ski pass is also valid here. The journey takes 45 minutes. The ski system is no bigger than going through it during a day. As the system is higher up than Madonna di Campiglio, and that's ours, the snow is much better here. The north side has two further stretches up to approximately 2,500 meters. The first morning of tomorrow I went here when the sun later in the day makes the snow worse. There are certainly easy opportunities to go offpiste here earlier this season. The southern part is divided into two areas. Cima Presena, based on Passo Tonale, and Cima Adamello from Pontedilegno. A flat area connects them and there is a connection with the gondola here. The southern part offers a longer season as it is on the shadow side. Cima Presena offers black and red slopes down from 3,000 meters. There are good opportunities for offpiste, especially west of the slopes. Cima Adamello is divided into two gondola stretches and the skiing is down from about 2,000 m. Here there are opportunities for offpiste from the peaks, but by the way, it is pleasant skiing through the woods. Passo Tonale as a place looks like "A one horse town" in a cowboyfilm, or a modern American city in the western United States. A single street that is also the way over the pass. There are all the houses and are quite modern and boring. Can not be a lot of fun here. Seems to be the most Italian here as guests.
In summary, good snow quality even at the end of the season when the system is high up. The system and the resort are small. Best to take it as a day trip from Madonna di Campiglio. If you would stay here for a week, the score would be 2 out of 5. By Börje Hammarling.

Erlingfors
Note! This text has been translated by Google Translate.
Show original

Hello! Be in Tonale on a day trip, we were in Madonna the rest of the time. I thought it was okay. A little snowy in some places, but they are because we went late. The favorite back was the black 27th (think it's called so) that was both long and moderately steep. Of course there were also some other fine psics, but the 27th is obviously the best.

There appeared to be very nice offpiste opportunities for all types of skiers, but as said, there was a little bit of snow in the offpiste when we stayed there so it became the most pissed yard.

+ It is located near Madonna di Campiglio


Summary: If you have snow and access to the whole system, I think this is a cruel place for all types of skiers. 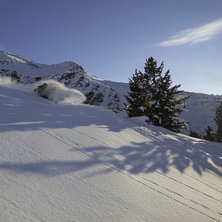 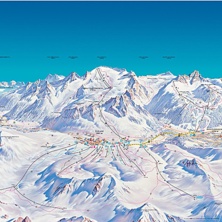