Grande
Note! This text has been translated by Google Translate.
Show original

Well, Marte Problems, Molles, Food / Drink and Drumstorms have been settled so I'll write about the wind, puck Americans, life cards and round off with some off-pistons.

The wind farms in this region offer fun entertainment. A window box blew onto a notch we sat on (El Brassero - cheap burger for two). Have never seen boards and skis fly earlier, but I have now. Liftwaffarna talked about villages up to 180km / h so it might not be strange that the top lifts do not always go, you'd still blow away if you got up these days so the loss felt not so big but one was carried in your hand. The wind is called "La Sonda" if anyone wants to get to know it a bit closer.

Most of the Americans invading the place have a common attitude to the rest of the world's population. It was not my fault that they had gone there so I had no reason to let them go to the "Åre-Stockholmssportlovs-livkön", which amazed a few. They also thought it was difficult that we understood what they said about the rest of the elevator queue, the arrogant devils did not realize that 100% of the Argentinians who can afford to ski can speak English. After a while, they realized that they were missing out on the funny sketch when the rest of the elevator queue switched to Spanish, pointing and laughing.
However, there were a number of skilled riders competing for the off-pistons, a couple of team teams always circulating.

Because of the wind, it is advisable not to buy a lift card for more than one day at a time, the weather goes from very good to extremely bad and on the contrary in a handful. Save money and rent guide when there is bad weather. Costs a lot, but then you usually come up with snowmobile. There are not so many to compete with either either, so it may be preferable for the most part.

It is otherwise for Marte to go to Las Lenas. Not the lift, of course, without all the corridors offered once you get up. Most of the people coming up take the first gutter, which goes straight under the elevator. This, of course, makes it grow up and full of people who do not dare. If you take time to explore the top for a while, you quickly realize that you have access to almost 50 corridors, often without having to walk a meter. The most rewarding thing is to descend beyond Vulcano, where there are access to narrow, really steep corridors that end up in huge outruns. We were almost alone on a number of acres right there, wonderful.
The snow was dry, even though there were plus degrees in the air - the lid became heavier only after a couple of days in plus, but never greasy.

It seems that the end of the season is preferable if you want access to Martes. The park they brag about had not been open in three weeks, the largest in South America plays little role when it's closed ...

One last advice, take a car - there is nothing to fight policemen, experience Pampas and Argentine traffic from a position behind the wheel. Getting out of a recently overpriced parking lot filled with agent drivers with dazzling summer tires is like a blend of Bambi on the ice cream and the crowd - PUR MAINTENANCE ...

PS: The season has not begun and I have already gone the best trip of my life, where will this end?

huguito (Guest)
Note! This text has been translated by Google Translate.
Show original

Just come home from a week's drive in Las Leñas. Of the seven days we were there, Marte was open 1. The first day of three weeks after it was buried under a avalanche that made sure to cut the cable and make it difficult for the ski patrol. With Marte open, Las Leñas is really really good. Without Marte, the place is hard to justify. We also had strong winds for almost all week, which meant that we only had two button lifts open for two days. Hardly worth paying a lift card for. Better to wait for the weather and buy day passes, or put money on a guide. If you have booked a guide you can get snow cats up.

We stayed in Los Molles and drove a rental car up to LL every day, saving us a couple of slings then the accommodation in the village is expensive. But keep in mind that parking in LL costs 20 pesos per day if you come in your own car.

Did not have the opportunity to bring own layers without rent in the village. Got a couple of K2 Public Enemy. There is only a rental. Hire boards are best done at Vertical in Malargüe.

If you live in Malargüe (1 hour by car) you get half the price of the lift card, and the youth hostels usually have minibuses available.

Las Leñas with Marte open is heaven kingdom, with Marte closed you can as well enjoy sleeping all day.

Magnus76
Note! This text has been translated by Google Translate.
Show original

With the risk of becoming unpopular, I would like to claim that Las Leñas is quite overrated. Filled American dudes, European powder junkies and all-round national teams, competition for the ride is ridiculous. In the elevator queue I got flashbacks from puder days in Chamonix.

Just as everyone else already noted, the problem spelled Marte. If ever, the ride is certainly world-class. But when I was there it had been running a total of 11 days throughout the season. And not one day as long as we stayed at the resort ...

After a snowfall it takes two days to dig the lift. And why start digging when there will be more snow in three to four days? With European measurements it's all a joke.

But you live cheaply in Los Molles, eat and drink well. And above all, the celebration is not of this world!

Glisseur
Note! This text has been translated by Google Translate.
Show original

With the Marte lift open, skiing is a definite 5th, the lift gives access to a terrain that fits most of the world. Imagine mixing the Triffids in La Grave with the Brevent and Cucumelle Hotel in Serre Chevalier, so good. Obviously weltklasse! Unfortunately, Marte is one of the wind-sensitive lifts I've ever encountered and it's closed ridiculously often. Twice this year it was closed for two weeks, it did not get better because there was so much snow that some lifts were buried in snow. The ski patrol is a big joke and usually does not manage to open the lifts until four or five days after a snowfall, zero check. Outside Marte, the ski area is quite flat and sad, except for a few miles from Volcano, and most hosts a 2nd. There is as Mankan says the most beautiful hiking opportunities around so hides are a good idea.

"The village" is one of the most unhappy I encountered, everything is built for skiing and nothing is genuine and genuine, a 1st for it. It is quite difficult to find accommodation at an ok price but with the right contacts it is possible to get out of the way, hear other bums, and that should be fine. Otherwise, the service level is laughing low for a ski resort that claims to be high class and a bit luxurious, when it takes half an hour to order a coffee at an empty outdoor dining area with 12 (!) Waiters, you can draw your own conclusions. that many do not speak English and things can get a little complicated sometimes if you can not speak Spanish. A clear 1st to the service level and the staff.

The price level is quite ok for us Norwegians, at least right now (Sept-05). The food is quite cheap for us, and even the trip there, accommodation and lift passes costs here at home.

There are usually many badly skilled skiers in the area that make it traced quickly near the lifts. But on the other hand, many good skiers create a nice mood so that's okay. Just be sure to go there during low season, cheaper lift passes, last queues and easier to find accommodation. Anyway, Las Leñas is clearly worth a trip, just tick your fingers because Marte is open ...

mankan
Note! This text has been translated by Google Translate.
Show original

We were in Las Leñas in mid August snow was good. Unfortunately, Las Leña's top lift is quite so sensitive to wind what it seems for 8 days so the top was just open two !!! But when the top is open, the ski resort is really good. There is a lot of fun to ride on and the majority of the ride from the top is quite steep and intrinsic! Unfortunately, there are a few too many good riders in Las Leñas, which means that the good snow will be undone quickly! Smart is bringing along the ladders for access to peak destinations, there are plenty of nearby and adjacent to the road between Las Leñas and Los Molles. On the nearest road you can easily find many good lines at close to 1000 fall height meters. Unfortunately, it is quite expensive to live in the resort so we lived in Los Molles 2 miles from the resort which could reduce the costs a little we had to pay 50 pesos per night and person there a reasonable price for a cabin. Las Leñas is definitely worth a visit do not forget the stews only !!

Patrik_L
Note! This text has been translated by Google Translate.
Show original

Positive: there was a lot of snow and very cruel world-class offpiste many long and cool coridors and high fall height. And easily accessible offpiste clearly one of my favorite places .. relatift cheap ski passes and then there are buses shuttle traffic in the village so you never have to walk the 800 meters as the longest distance in the village is. Accommodation approximately + -600kr per week depending on the value of the krona. The packs that they built this year were really good at the end of the season.

Negative: You should be able to speak Spanish to find out what they say but you do not have to. In addition, the top lifts will be overrun so it must be excavated by hand. and it is a fairly infinite area. 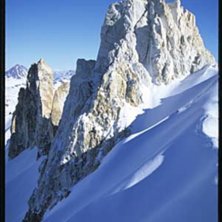 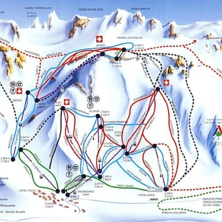