clay
Note! This text has been translated by Google Translate.
Show original

Were in Portillo one week summer 2008 (in June) and have to say that was really good! The resort only has a hotel, which means there is a limited number of people in the system every week. The slopes were quite ok, quite a few though. The offpist area on the other hand was among the best I went! It had not snowed for 2 weeks when I got there and it did not snow a day when I was there. Despite this, we were able to find unspoilt areas throughout the week! I managed to book helicopter lift as well. It is stated on the website that the helicopter service is no longer available (this is because the helicopter crashed in 2007), but it is not correct. It obviously found a new one they drove with & # 61514 ;.

To summarize a little:
+ The cannon wire for offpist, extremely easy to get to! There's so much to go!
+ Little people => Good quality on the snow, not bored as well as a good community in the hotel (everyone knows everyone)
+ Lovely outdoor pools, as well as fresh gym!
+ Cheap package offer on hotel / food / ski passes, to be in South America

- Animal ski rental (could not bring my own layers)
- Food and drink expensive (food included ifs in price, but if you wanted sushi or burger for example)
- Pets transfer fr. Santiago, however, there were alternatives on transfers that were cheaper
- Very Americans, who can be quite fat


In conclusion, however, I would highly recommend Portillo! If anyone is there and want tips then throw away a message ...

christianwiig
Note! This text has been translated by Google Translate.
Show original

Very good place with very good possibilities for free riding. The lifts are old and bad. Have booked a place to live before you go up, because it may be a penny to find. The yellow hotel costs a lot, but you can get package prices in the dorms. The cheapest is the old hotel just off the border to Argentina. He who owns it and lives there speaks English and rents out a room if you are talking a little nice with him. Bring warm clothes. There are no shops in Portillo so you have to buy food before you get there if you want to make yourself.

It is very beautiful in Portillo with the mountains on either side of a large lake. At snowy sessons you can follow the mountain side (skiers right) and very far down and drive very well down to the bottom of the valley, then get back to the lower lift or central area. It's easy to get a hook with trailers, but the 57 hairpin wings do not get very fast.

Make sure that the scratch and skid protection is poor throughout Chile, so you need to take care of yourself.

overkill
Note! This text has been translated by Google Translate.
Show original

Nice area high in the Andes that has a lot to offer if you are willing to touch your legs.
Perhaps a little expensive and far too many Americans who are talking a damn mass.
If Måns P is left, he will be happy to guide, heal from jerk! 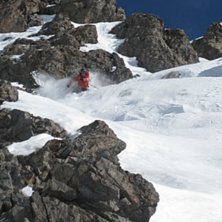 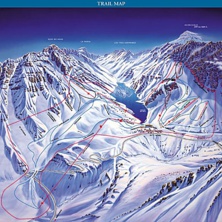