For many fine shredders, Mammoth embodies California ski culture, past, present and future: From 1942, when Dave McCoy opened the first rope tow to the recently released video of Woolly the Mammoth, the ski resort’s beloved mascot, shredding like skiing is going out of fashion. Located in the eastern Sierras, approximately 400 miles from San Diego, Mammoth Mountain belongs to Long Valley Caldera, one of the world’s largest volcanic craters.

Around here, skiing is BIG

As the name implies, Mammoth Mountain is BIG with its 3,500 skiable acres. And it’s got pretty much everything in store for any kind of skier: huge terrain parks, hills made for ripping, and the solitary sidecountry. Lincoln Mountain’s steep cliffs, Hangman’s Hollow’s chutes and the “Hole In The Wall” (a Mammoth special, it’s a natural lava tube at the bottom of a cliff) not to be forgotten. Just like nature, Mammoth is a bit rough around the edges and should be treated as such. Needless to say, but never take on the “Hole In The Wall,” for example, on your own. The resort is not exactly next-doors but added flights (pre-COVID-19) into Mammoth Yosemite Airport made it much more accessible, since the airport is only a 10-minute drive out of town. You can also take the scenic Highway 395 to drive from Los Angeles to Mammoth, which is about a day’s drive.

“The Pineapple Express” is probably one of the most well-known atmospheric rivers around, and dictates much of the precipitation on the Pacific West Coast. Moisture builds up in the Pacific, around the Hawaiian Islands, and then hits the U.S. and Canada. The Pineapple Express can drench California with as much as five inches of rain in one day. The same goes for powder. When it snows, it really dumps. Mammoth Mountain’s exposed location makes it one of North America’s most reliable ski areas for white gold, with an average of 400 inches each year. This also makes for an unusually long season, usually it lasts from November until the end of May. During the 1994-95 record season, Mammoth Mountain was open for ten whole months—from 8 October until 13 August. When the mountain gets battered, stay low though. Find cover by Chair 22 or the trees off the Rollercoaster Express lift.

patric (Guest)
Note! This text has been translated by Google Translate.

Mammoth is not mammoth big but offers fantastic skiing both pistachio and free-kicking that is not too strictly regulated, it takes about 6 hours by c... Read more (76 words)

Petter (Guest)
Note! This text has been translated by Google Translate.

Fantastic! Had four unnecessarily good days there in February 2010. It was just over four meters long when we came and almost six meters when we left.... Read more (160 words)

Mary (Guest)
Note! This text has been translated by Google Translate.

just wanted to say I was also in Mammoth in March ... although they were used to 15 meters of snow over there and it was only 4-5 meters this year, so... Read more (134 words)

Gurra (Guest)
Note! This text has been translated by Google Translate.

was there at christmas holidays 04/05. then sneaked into H-wheat, get well 2-3 m while we stay there =) The park is absolutely wonderful. the slopes a... Read more (82 words)

Souul
Note! This text has been translated by Google Translate.

If you like park, that's where you're going! In Main, which is the fatest (most dangerous ?!) park there are jumps, corner, rails and two pipes. The u... Read more (114 words)

Fredde (Guest)
Note! This text has been translated by Google Translate.

(CAL) A very familiar area but also good for all categories of riders. The off-piste is divine with its deserted snow, it's brilliant they run downhil... Read more (41 words) 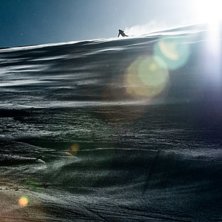 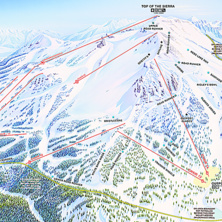