The classic Californian ski resort Sierra-at-Tahoe, seen by many locals as the most genuine ski hill in the area, is located only 25-30 minutes from South Lake Tahoe, along the stunning Highway 50.

Jon Muir, perhaps the most famous naturalist and conservationist in America, called the 400-mile long Sierra Nevada Mountains, “the range of light” - not the least because of its many snow-covered mountain peaks.

Small, but mighty, it sits at the eastern edge of California's El Dorado National Forest. The region's microclimate brings a seasonal average of over 10 meters of snow (yep, you heard that one right). The cold winter storms bring skiers pure light and dry candy in the shape of “blower” snow. This is what’s special about the Sierra, during just a couple of hours, conditions can go from fairly great to absolutely epic. Then, there’s always something about the month of March - it seems to be the tellsign of the whole ski season, make or break. Tahoe locals refer to it as, “Miracle March.”

The closest big-resort neighbor is Heavenly, a little bit under 30 kilometers to the north of Lake Tahoe's shore. Kirkwood is a little bit further down the road but still a good resort to use as a base for visiting Sierra-at-Tahoe.

Despite having been in business for over 70 years, it has remained a day-visitor ski area. Therein lies perhaps its charm and attraction along with the pretty much unspoiled natural landscape. It has also produced many Olympians, such as Maddie Bowman, the ski halfpipe gold medalist (who went to the top of the podium at the 2014 Winter Olympics in Sochi, Russia), who grew up here.

The terrain parks hold a high caliber and the pisted area (if tiny) shouldn't be disregarded either. Still what keeps drawing advanced and expert skiers from near and afar is the backcountry skiing in the revered Huckleberry Canyon, to the east of the summit sector. (Some skiers call it Sierra's finest powder skiing).

You can only access the area via five backcountry/control gates (those were first opened in 2001). This deep and steep terrain gem, classified as "extremely challenging," ain't for the faint-hearted --- couloirs, cornices, powder-stashed bowls and glades.

The local ski patrol offers a guided service to the canyon. You have to make a reservation, and undergo an on-site assessment of your skills before being accepted to join.
Sierra at Tahoe belong to Lake Tahoe.

Facts about Sierra at Tahoe


Reviews for Sierra at Tahoe

Slicket
Note! This text has been translated by Google Translate.

Relatively small facility but very versatile. Here is everything for the beginner of all jibbers. The Circut (park) is awesome when it's up. It is spr... Read more (174 words) 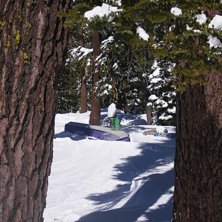 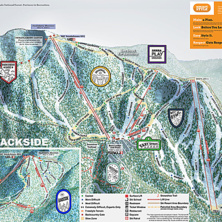 Airports near Sierra at Tahoe