Juret
Note! This text has been translated by Google Translate.
Show original

Our friend disappeared at 11 in the morning. Deeply chilled he was found by the patrol halvnio in the evening. He lay in a snow hole for almost 10 hours.
For us, this was a whole new danger, none of us had been with earlier. We were twelve friends, all of whom are experienced skiers. We knew what a avalanche was for something that could form holes around conifers etc. What we had no idea was that in Nozawa you have built small concrete structures in the gorges to stop corrosion. No warning signs. The snow cover is perhaps seven meters thick, compact snow with a meter of snow on the top. Behind the damages are holes that are concealed by the powder in proper conditions. Our friend drove down to a seven-meter deep hole without the other seeing him where he left, he could not find until late at night.
Lucky for us is that Nozawa Onsen is a friend of St. Anton with knowledge exchange. Very much, the Nozawa Onsen has a very professional ski patrol with the right equipment!
The area we know that has "dammholes " is located directly to the left of the J-lift and is reached through piste 17, go under the J-lift and turn left after a few meters down the forest-NOT, there you do not want to go!!! Look at the map so you can easily see what I mean.
Our mate spent the remaining time in the hospital, five days, his body temperature was at least 33 degrees. He has basically no but after the accident, much because he is a former mountain hunter with a lot of habit from the Swedish mountains.
Nozawa is a really awesome puppy place with genuine city. If it is noticed, there are easily accessible pillows in quantities for those who can hesitate, first check with locals what is good and safe. Would you like to know more, send a PM.

Juret
Note! This text has been translated by Google Translate.
Show original

leffemangan
Note! This text has been translated by Google Translate.
Show original

I was there in winter 2013 and liked the place sharply. Best ride I thought was the hill from the top where you ski skiers directly under the rope and follow the back that goes there. The farther away from the ropes one gets, the brighter becomes the ride. The yoke opens into a kilometer-long sliding piste.

However, there is a very nice offpiste like in all other places in Japanese resorts. All rides are below the tree line so the place is perfect for snow and wind.

The only downside is that there is a lot of lifting and driving to get up all the way, as no lift goes all the way up. To get the best ride (ok, you can jump in earlier from the gondola, but if you miss the candy) you have to go down the gondola and take a chair chair. Avoid on weekends ...

As mentioned, the village is very nice and cozy. Try out with as many public onsen as you can!

ottossonj
Note! This text has been translated by Google Translate.
Show original

Off-piste skiing is officially forbidden, but if you handle your shovel handsome, it's no problem. The patrol seems to be overpowering with it if you look familiar with what you are doing, think backpack and do not go to expose others to low risk. The terrain is calm and relatively steep, no long traverses to access the yard. But the best rides require a lot of lifting.

The village is genuinely Japanese with many schyssta restaurants. There are 13 Onsens owned by the village, you pay what you think is reasonable. Shaking hot and surrounded by naked Japanese, an experience. 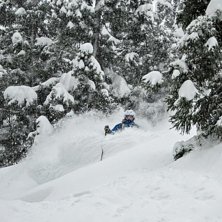 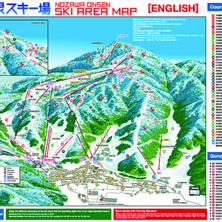