is quite inconsistent with opening because of the geographic position. on weekends vthere are alot of familys that arrive. aim to go there midweek.

but when its open its amazing.

CeciliaG
Note! This text has been translated by Google Translate.
Show original

Stayed in Ohakune season 08. Were records of snow (over 5m at best).

+ Fantastic terrain! Infinite amounts of natural jumps, drips and halfpipes,
The park was constantly under construction and remodeling because of all snowfall, but at the end it was good (I'm not a parkrat ..) Several jumps of varying size, 1 step up and lots of rails.

+ Top! Crater! The best ride on the mountain was down the crater. a little hour up o 1minute down, but then you can go down the back road. additionally guaranteed max 10 tracks! Having skis down into an active volcano is a must. when it blows, the crater is one of the few protected places ..

+ Export gold extreme. If you find yourself there during the competition, it is highly recommended! Lovely atmosphere and good activities when it was closed. Prices for all o free food o drink all week!

+ theme nights at the turoa lodge! Always packed with people, cheap drink o everyone was dressed up.

-flackt. When it was a pillow (too rarely), it was quickly found that more than 3 turns were difficult to catch with it. It was time to go back to the lift area. This year, however, was (apparently very rare) to get a top two bottom yard with only about 5 min sloping back, moreover, quite a bit broke all the way o a small couloir at the end

-A sunny Saturday / May, perhaps, Ruapheu may be the world's longest lift queue, the right day to hike to the top, or sleep again.

On the whole, it's quite bad with pillows, but when they arrive, it's incredibly fun terrain!
The people are wonderful, the weather is unfortunately often bad. I had a great season, but when I came straight from Chamonix it was difficult to appreciate the skiing properly.

Go there to go skiing inside an active volcano, participate in export gold extreme o hang out with those lovely people!

CrazyCia
Note! This text has been translated by Google Translate.
Show original

Absolutely OK mountain it has !! Because it is one of the few lift systems on the north, it often said that it was a lot of fun on weekends and in law.
In addition, the salad is good, father and thugs are often heavy and simple.
If you are lucky enough to have a good day with a good father and good snooze, then it may be hard to wear the mountain !!!
It cries of snowboarders, most good sadana, and there is a landscaped park (no pipe though, on the other side is the mountain in Whaikapapa)

So the final rating will be: A completely OK lift system, plus for the season is long and for only four hours to Auckland. Snon and the wad deducts the score. 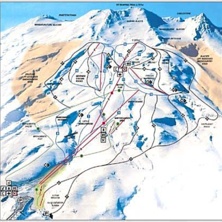